This rich tapestry of culture and experience throughout the AAPI community contributes to the strength of coastal programs, and reflects the communities they serve. During AAPI Heritage Month, CSO will highlight different AAPI coastal management programs and professionals working to protect and restore coastal communities.

CNMI was first settled in 1500 B.C. by a community of seafaring people traveling from the Philippines.  Many years later, after first contact with the Spaniards, they became known as the Chamorros. In 1970, CNMI chose to forge closer ties with the United States and began negotiations for commonwealth status in 1972. In 1986, CNMI came under U.S. sovereignty and islanders became U.S. citizens. A total of 14 islands, together with Guam, compose the Mariana Islands archipelago. The southern islands are composed of limestone and surrounded by vibrant coral reefs. The northern islands are volcanic, including several with active volcanoes including Anatahan, Pagan, and Agrihan.

The CNMI Coastal Management Program was approved in 1983 within the Division of Coastal Resources Management (DCRM). Their mission is to protect and enhance the CNMI’s coastal resources for residents and visitors through adaptive management, interagency coordination, and stakeholder engagement. With a total population of around 50,000, the CNMI ocean economy employs up to 8,300 people annually (about 40% of the commonwealth’s total employment). Tourism and recreation is by far the leading employer and the total economic value provided by CNMI’s coral reefs and seagrass is around $114 million.

The small, isolated island of Saipan includes the beautiful, reef-fringed Saipan Lagoon that stretches the entire 12-mile length of the Island’s western side. However, rising popularity and increased development have increased the local threats to the health of the lagoon. Recently, the CNMI Coastal Management Program and Allied Pacific Environmental partnered to survey local stakeholders to better understand how the lagoon is being used. In partnership with the NOAA Office of Coastal Management, local partners held a one-day workshop (2016) that incorporated a participatory geographic information systems (GIS) approach where participants were able to draw and visualize of all of the activities that occur in the Lagoon throughout the year. The mapping workshop and supplemental surveys resulted in some of the most detailed use maps to date. This information will be used to inform management priorities and regulatory decisions for the Saipan Lagoon and serve as the basis for the Saipan Lagoon Use Management Plan. 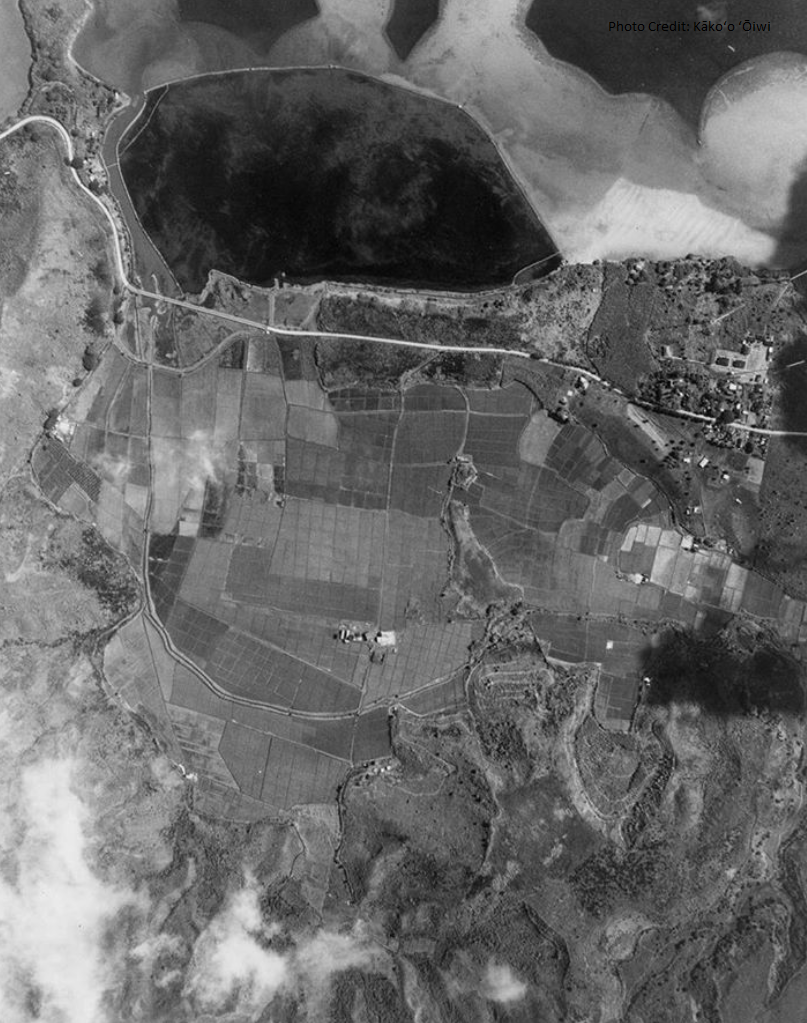 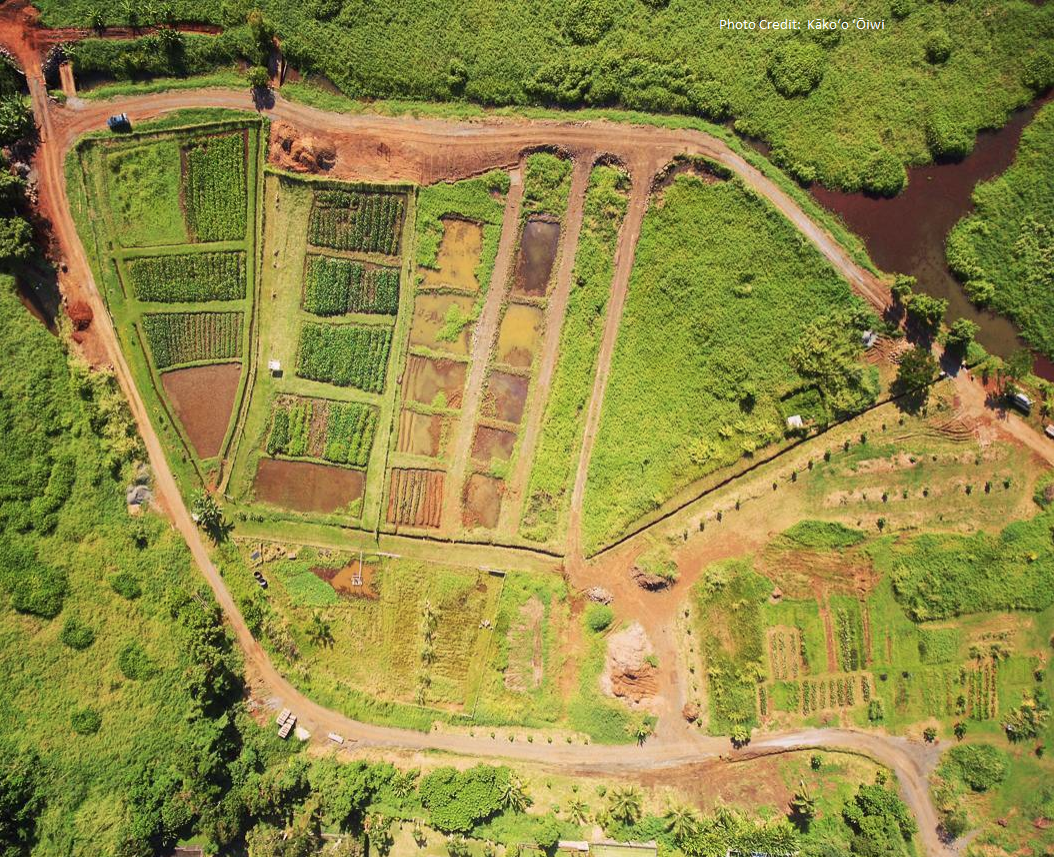 Hawaii is the the southernmost U.S. state, located about 2,000 miles from mainland. The state comprises of eight main islands, Niʻihau, Kauaʻi, Oʻahu, Molokaʻi, Lānaʻi, Kahoʻolawe, Maui, and Hawaiʻi, with a total of 1,052 miles of coastline. It is the only state where people who identify as Asian Americans are the largest ethnic group. The Hawaiʻi Coastal Zone Management Program was approved in 1977 within the Office of Planning and works collaboratively with state, county, and federal partners to provide for the effective management, beneficial use, protection, and development of the coastal zone. Over 114,000 Hawaiians are employed annually through the ocean economy with the tourism and recreation dominating as lead employer with 90 % of the ocean economy workforce.

Initiated more than a decade ago, community members met with local elders to seek restoration advice for the He‘eia’s wetlands. The wetlands were once home to an abundance of taro crops and healthy fishponds, but was impacted by runoff, invasive species and sedimentation. To restore the wetland, Kāko‘o ‘Ōiwi led a 400 acre restoration project with funding from the Hawaii Coastal Zone Management Program. The project included reviving two key sources of the Hawaiian diet—240 acres for cultivating taro and an 88-acre traditional fishpond that, before its degradation, had been used for 800 years. Community members are able to yield homegrown food while also integrating climate adaptation benefits. The benefits of restoring the He‘eia’s wetlands keeps coming. Resource managers have noticed the return of native and endangered bird species, some of which haven’t been seen in a generation or more. During a flood event, the taro land reduced flood damage, water pollution, and damage to coral by serving as a buffer and sediment retention basins.

The Hawaii Coastal Zone Management program led the process for nominating He’eia as a National Estuarine Research Reserve (NERR) and developing a management plan for the proposed NERR. In 2017, NOAA designated Heʻeia as the 29th NERR. He’eia NERR is managed in partnership with the State of Hawaii through the University of Hawaii’s Institute for Marine Biology. Other partners, past and ongoing, include Ko‘olaupoko Hawaiian Civic Club, Paepae o He‘eia, and The Nature Conservancy.

Guam is the westernmost point and territory of the United States since 1950. After World War II, the Guam Organic Act of 1950 provided structure for the island’s civilian government and granted U.S. citizenship to its indigenous people, known as the CHamoru (or commonly, Chamorro). The island is small – around 212 square miles – and the entire land area is included within its coastal zone. The Guam Coastal Management Program (CMP) was approved in 1979 and is led by the Bureau of Statistics and Plans. Guam’s comprehensive planning guides the use, protection, and development of land and ocean resources in the coastal zone. It’s ocean economy employs up to 21,000 people annually – about one-third of the total economy. Of the six main sectors of the local economy, tourism and recreation is by far the leading employer – about 88 percent of all ocean-related employment.

Guam Year of the Reef

Guam is home to a vibrant coral reef community that serves as the backbone of local tourism, provides almost $17 million in storm surge protection every year, and supports many cultural activities. More than 5,100 species inhabit Guam’s coastal waters, including nearly 400 species of stony corals and over 1,000 nearshore fishes. Historically, nearshore fishing within coral reef communities provided a large portion of the CHamoru diet. Today, coral reefs are still used for subsistence fishing, limited commercial fishing, and recreation by locals and tourists.

During Guam Year of the Reef (2018), the Guam CMP partnered with the Guam Coral Reef Initiative and NOAA’s Coral Reef Conservation Program to host over 50 outreach events and museum exhibits showcasing how coral reefs are impacted by climate change and human activities. Thousands of visitors joined throughout the year to learn what they can do to protect this invaluable resource for years to come. 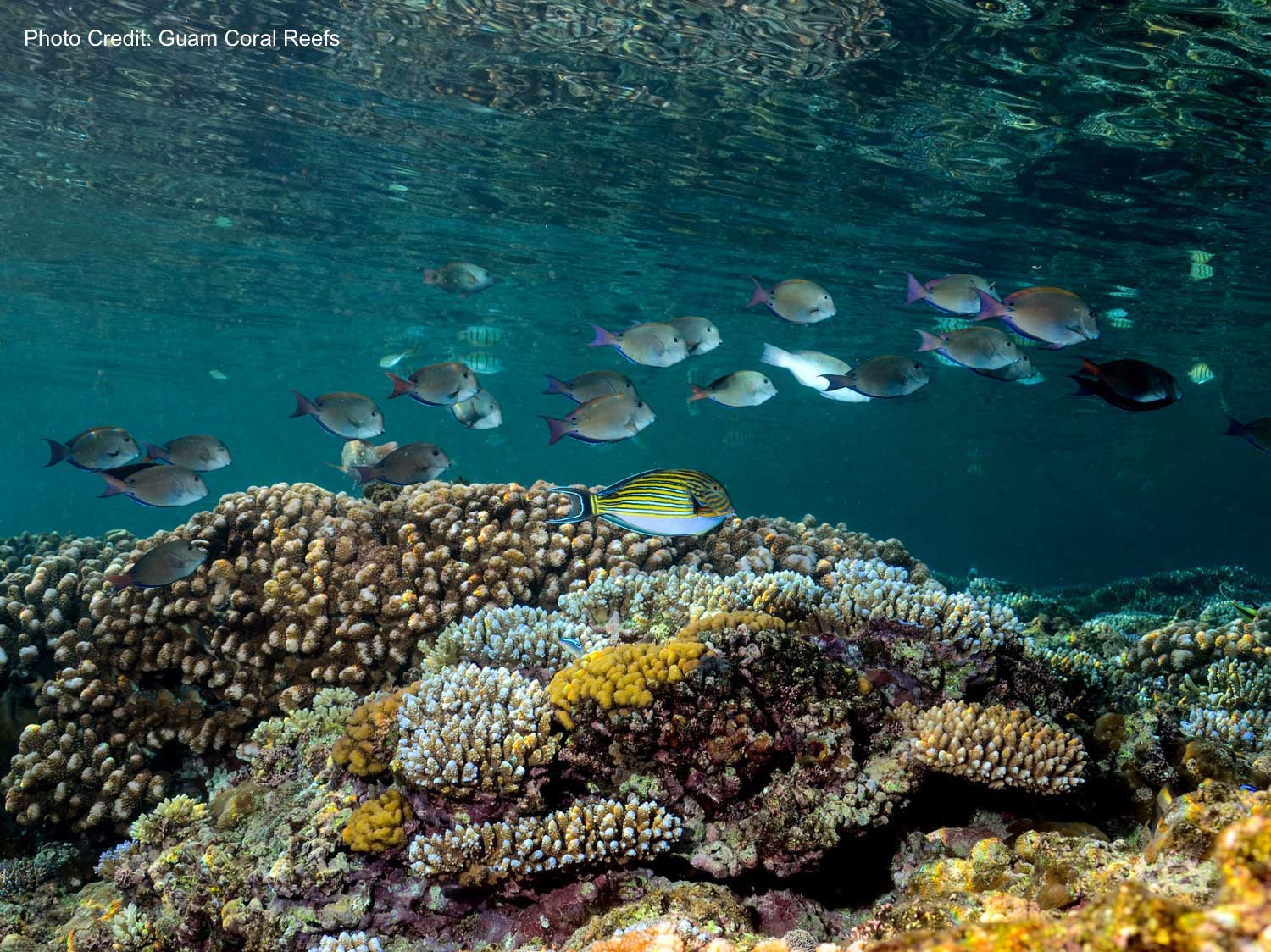 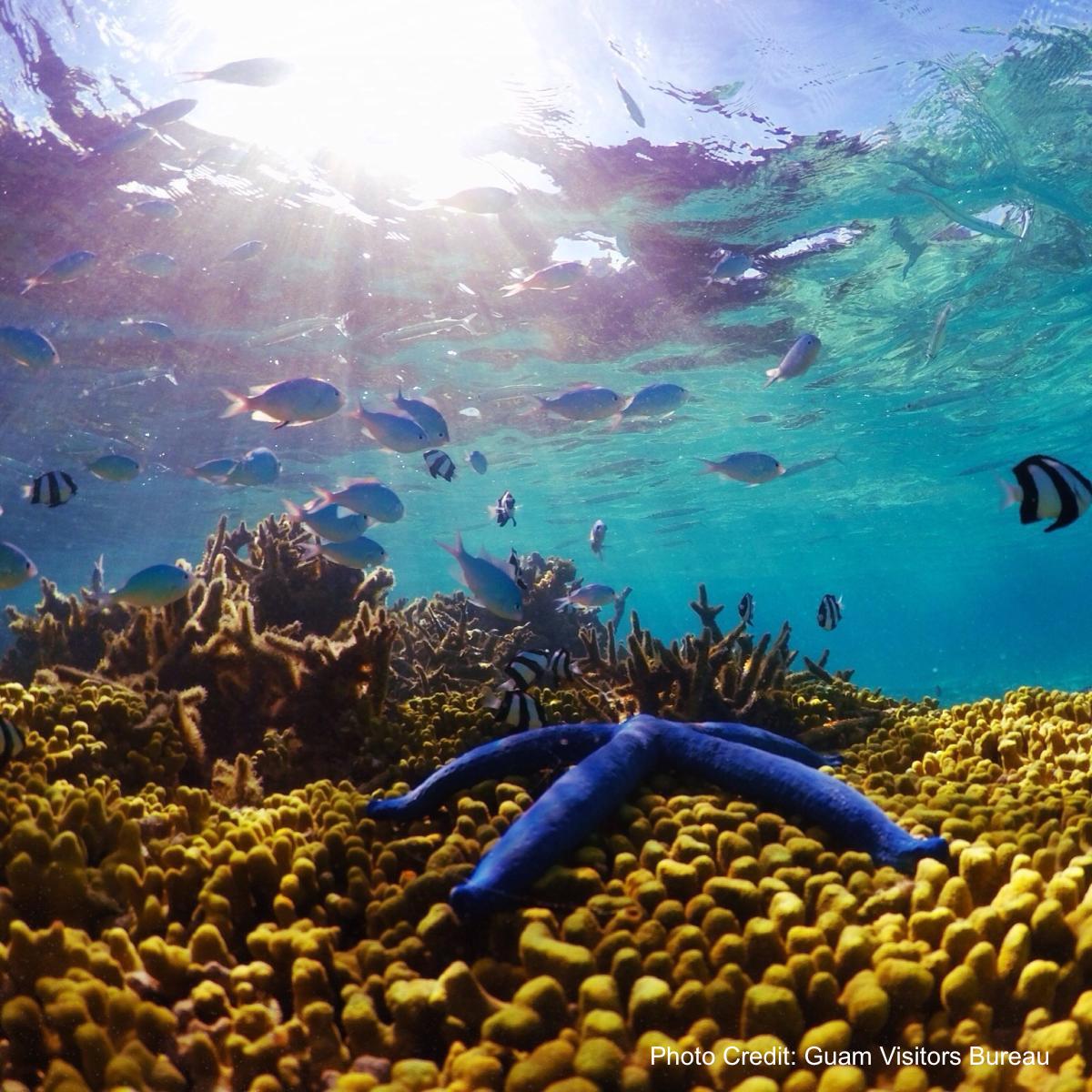 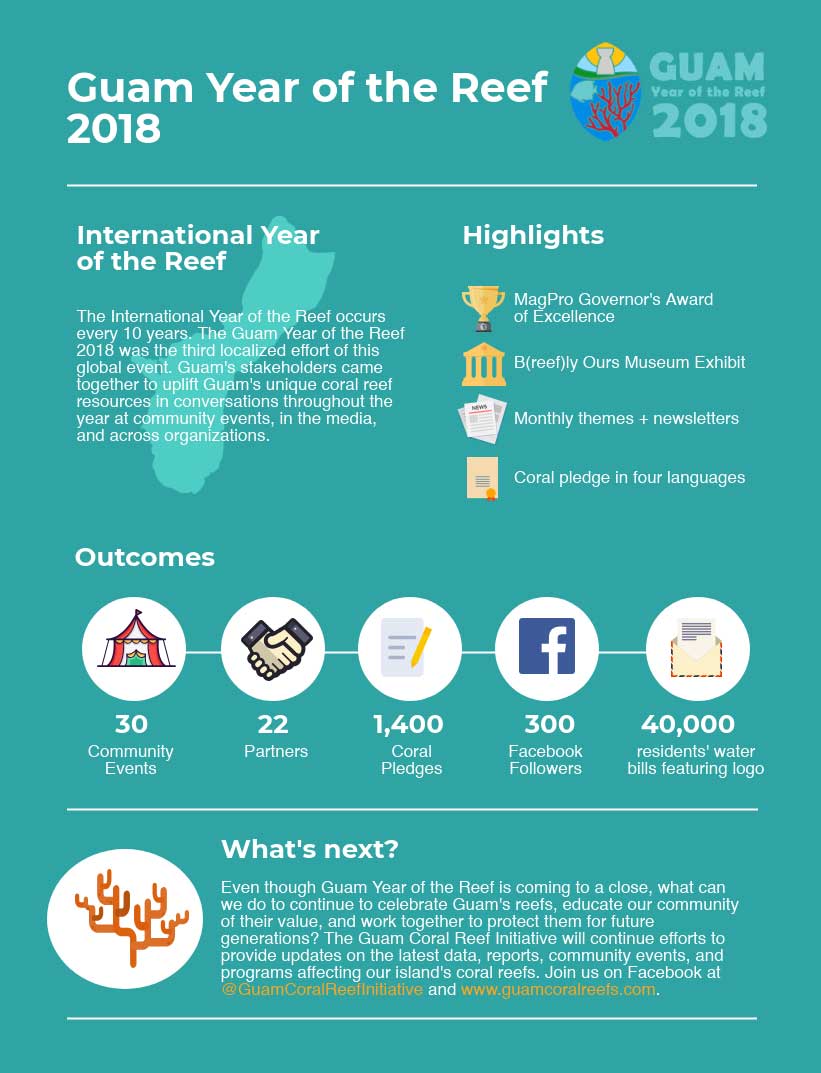 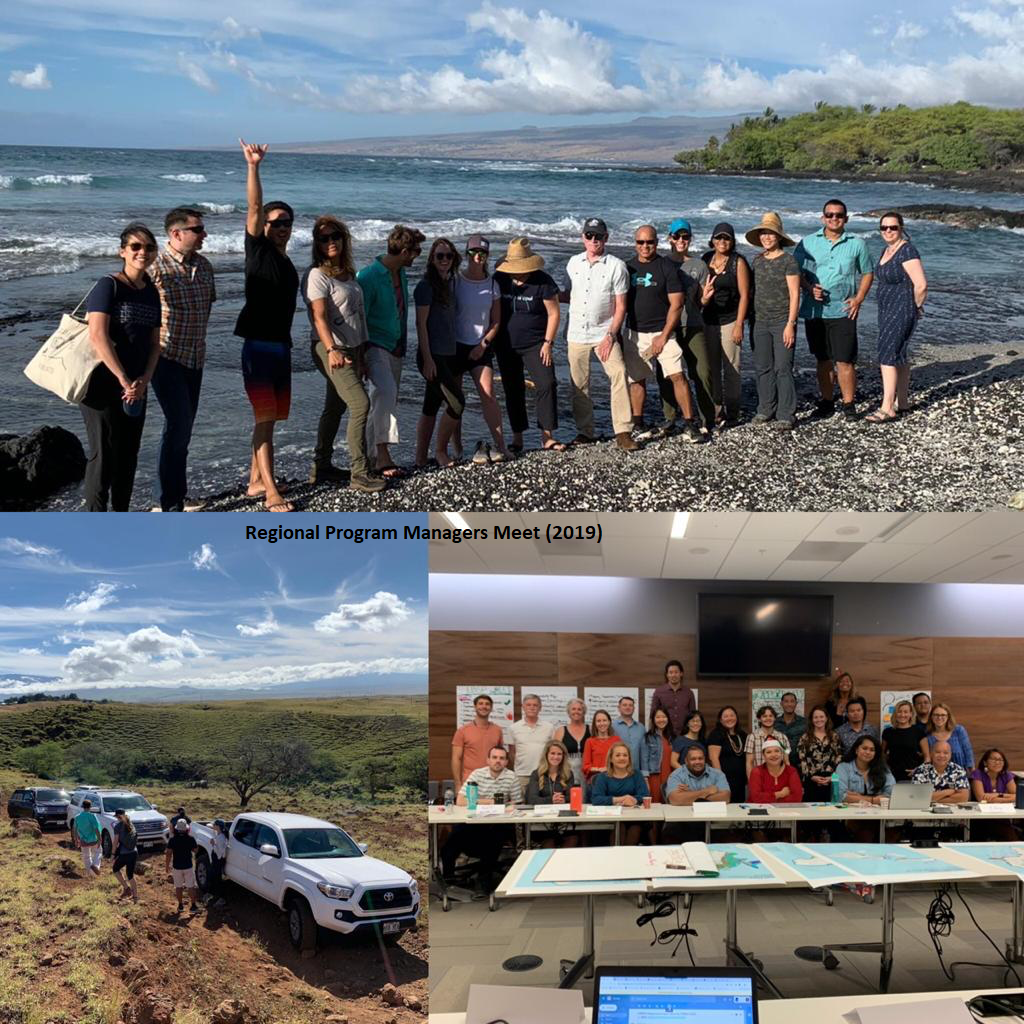 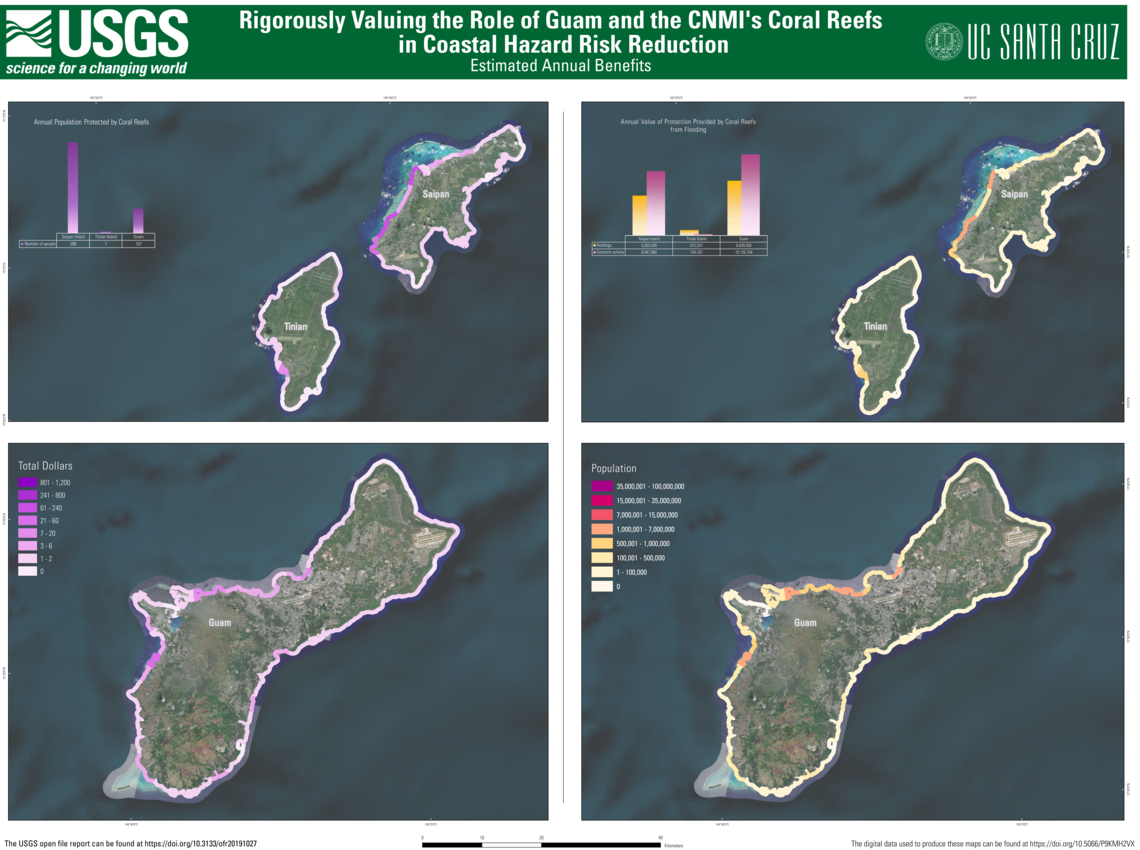 “Ultimately, we all have to work together to ensure Guam’s natural charm is protected. Protecting this beauty doesn’t mean we don’t develop, but rather we hope to create a paradigm where development can incorporate natural and beneficial features into its design so we can achieve economic prosperity and environmental stewardship.”

Edwin Reyes, Guam Coastal Management Administrator, in a 2019 Interview with the Guam Bureau of Statistics and Plans 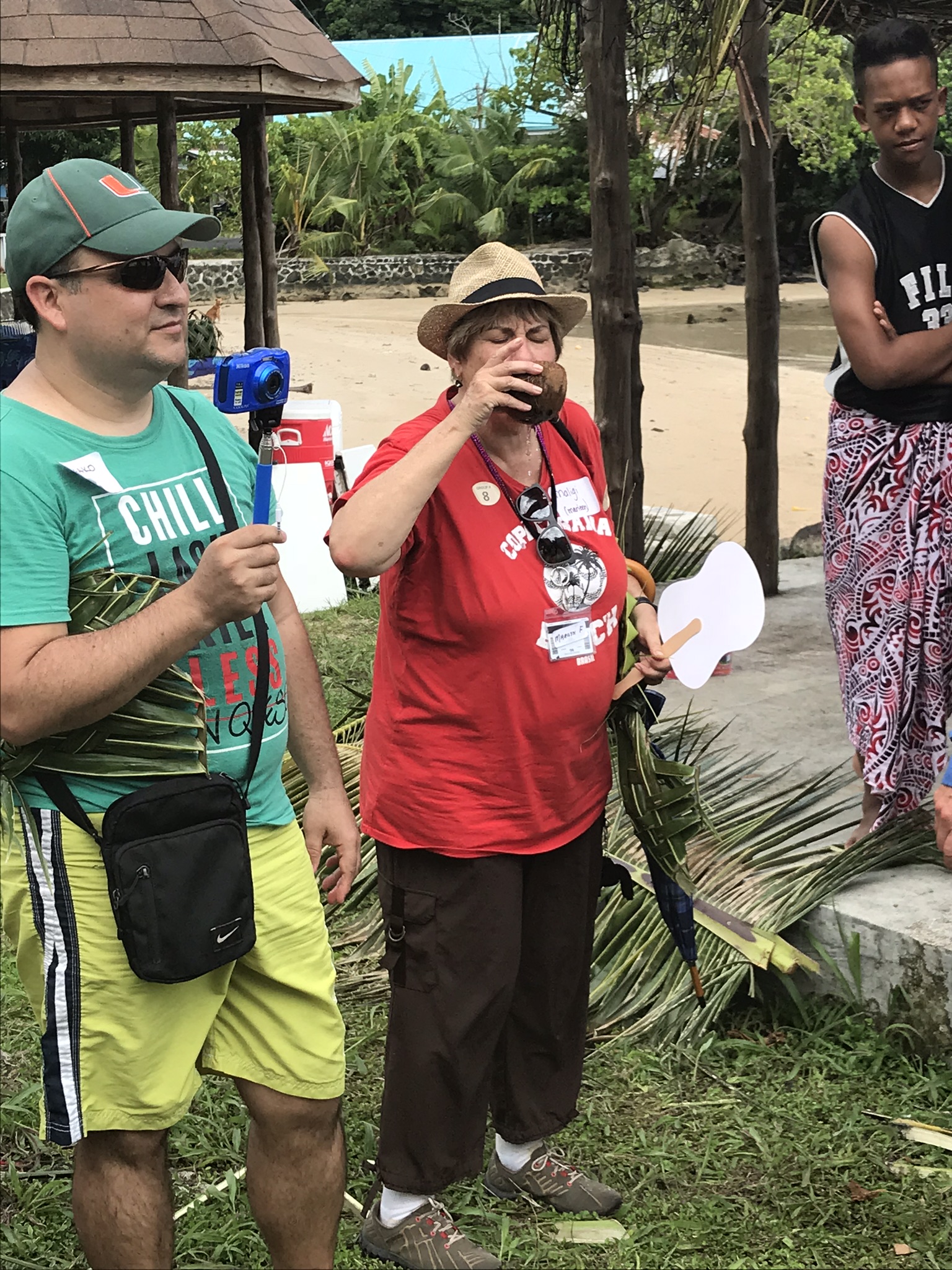 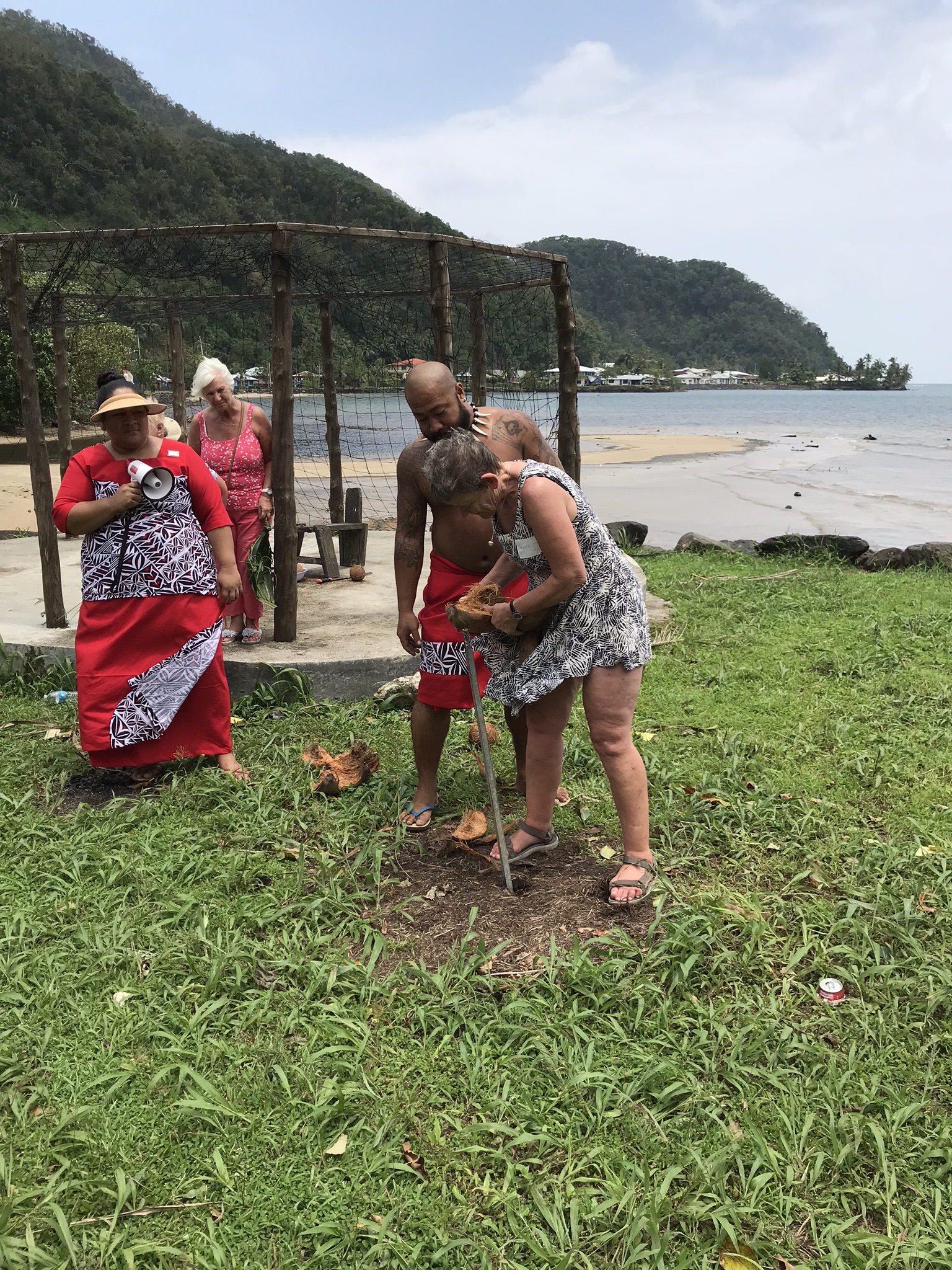 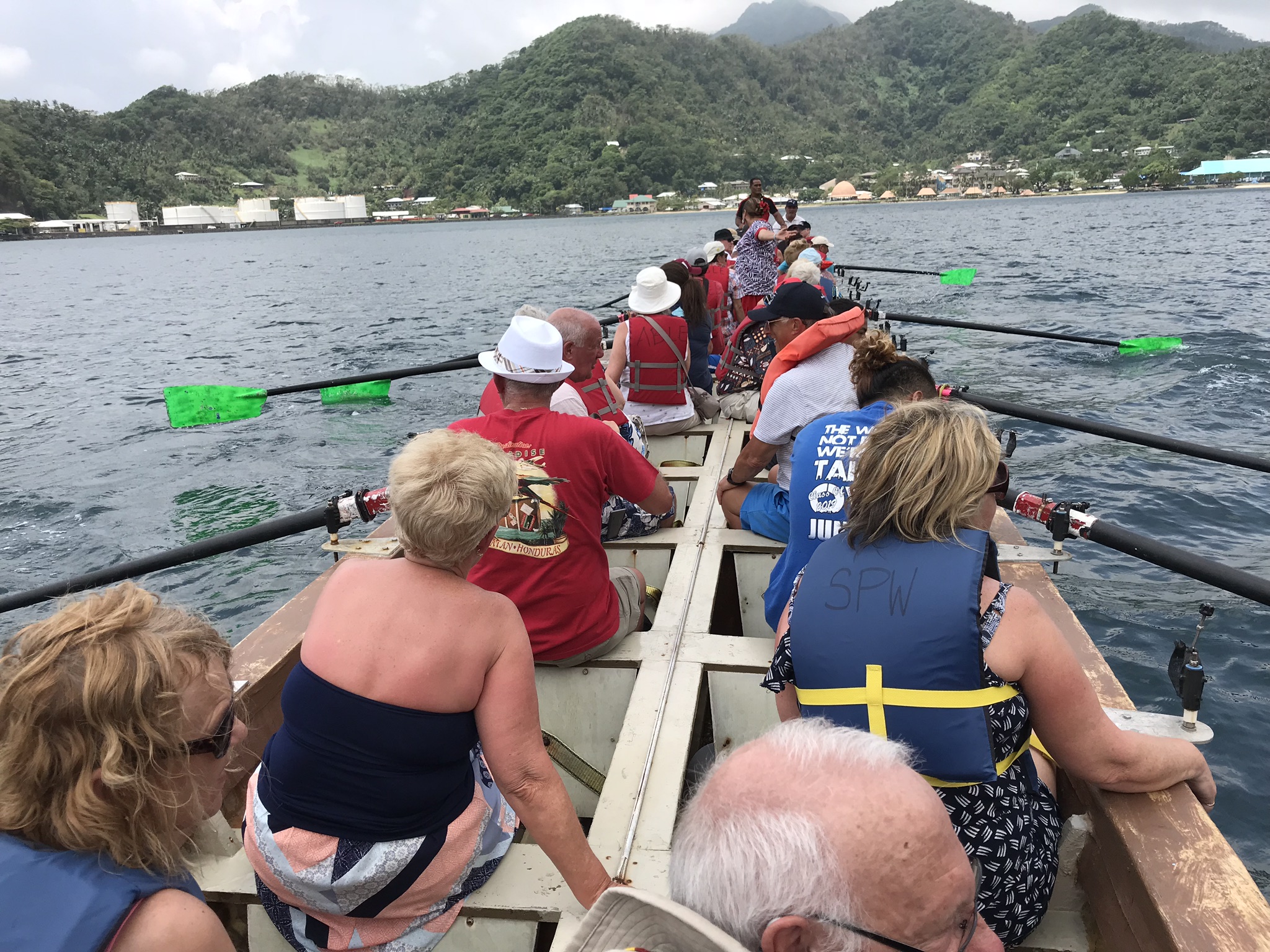 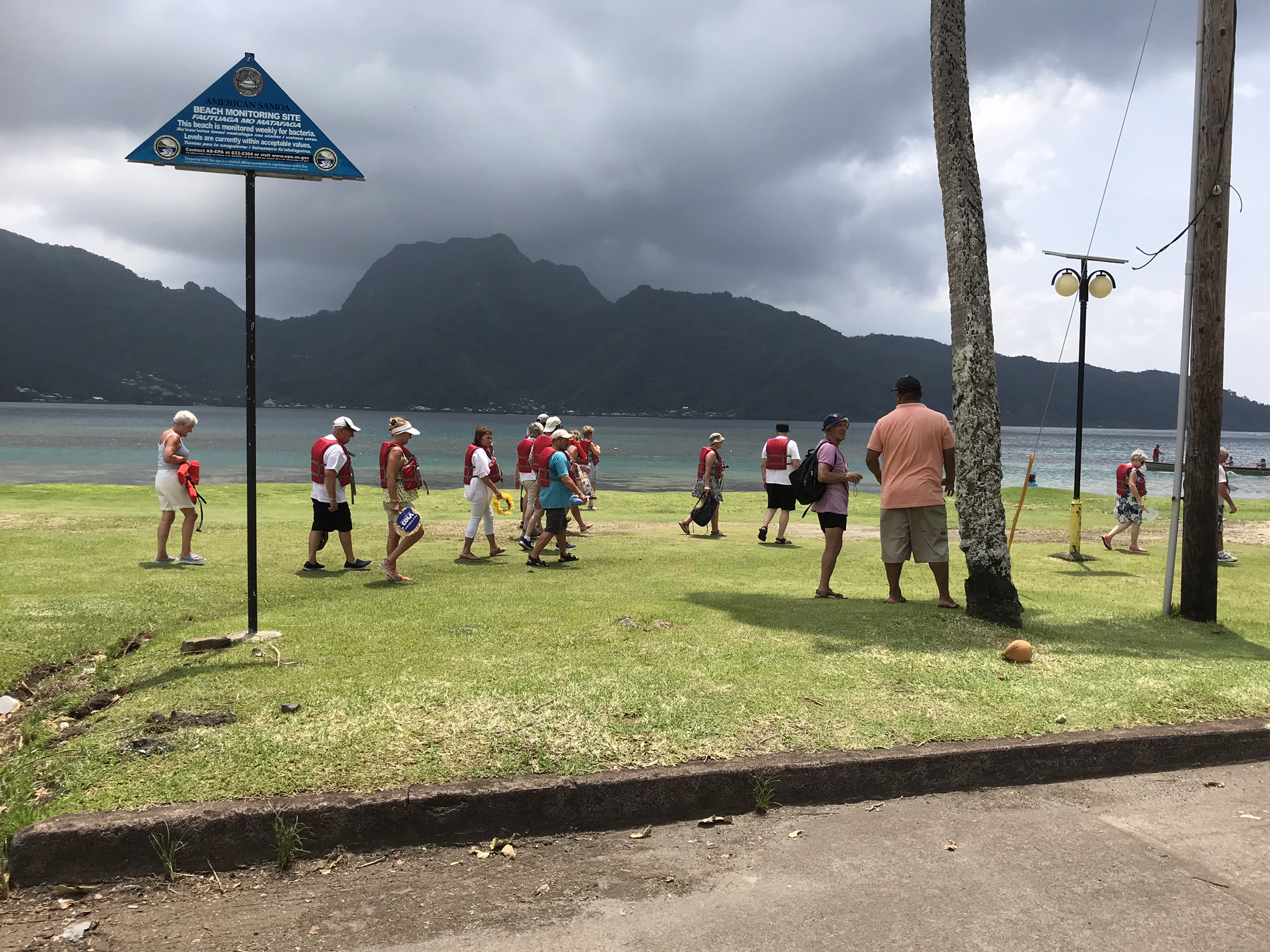 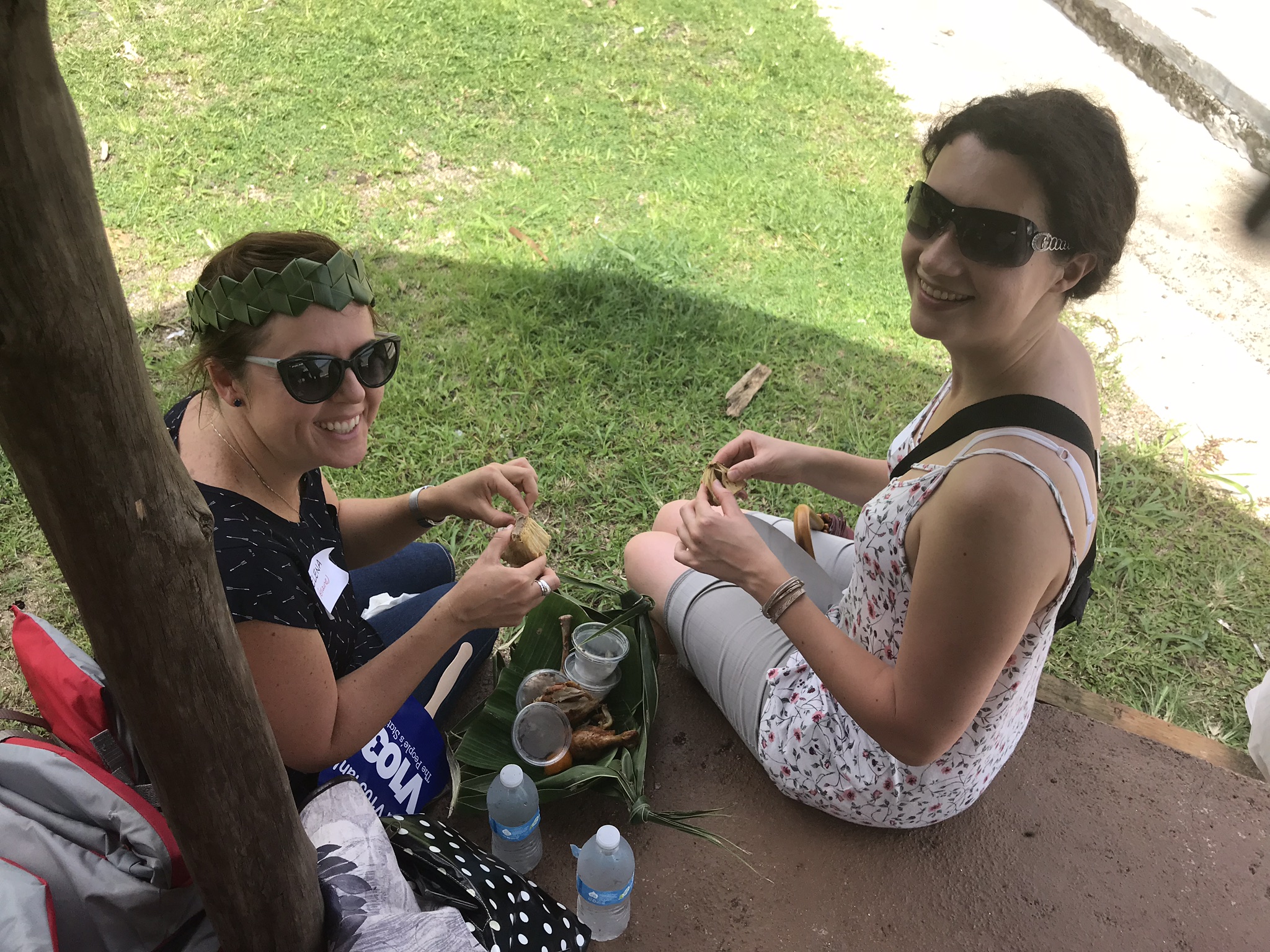 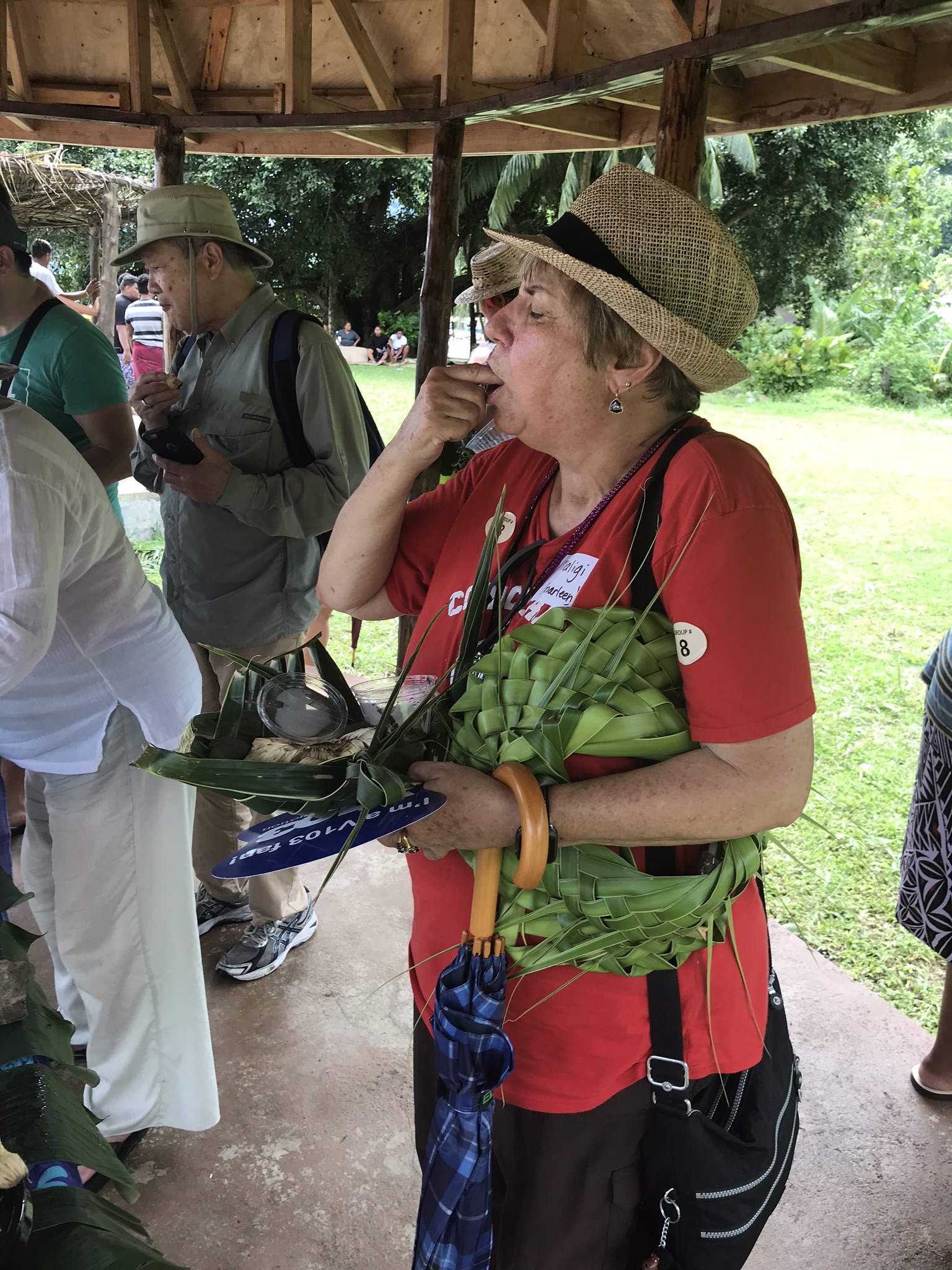 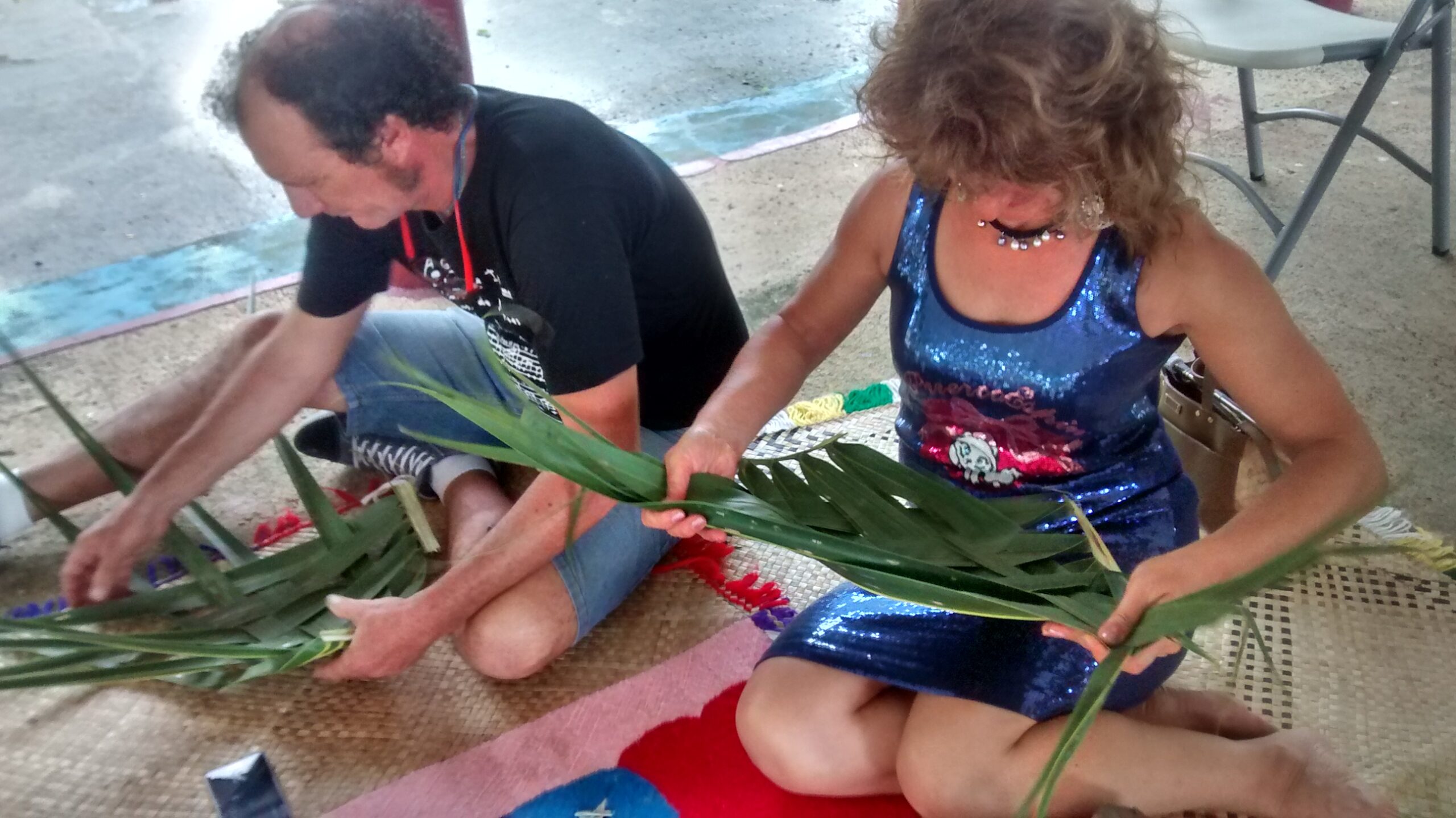 American Samoa is a territory of the U.S. since April 17, 1900, when the High Chiefs of Tutuila signed the first of two Deeds of Cession for the islands to the U.S. The coastal zone comprises of 7 islands, totaling roughly 77 square miles and 126 miles of coastline. The American Samoa Coastal Management Program (ASCMP) was approved by NOAA in 1980 and is led by American Samoa Department of Commerce. ASCMP unique approach incorporates both western and traditional systems of management which provides effective resource management for the protection, maintenance, enhancement, and restoration of natural and cultural resources for the Territory. The Samoan way of life, or Fa‘a Samoa, is communal and has three key structural elements to it – the matai (chiefs), aiga (extended family), and the church. Read more about AS culture and history here and here.

A Day in the Life of a Samoan

In 2018, the American Samoa Coastal Zone Management Program partnered with the American Samoa Visitors Bureau to design an unforgettable excursion to promote the territory’s beauty and traditions to tourists. ASCMP’s aim is to promote local culture and increase coastal stewardship and economic development. The “Day in the Life of a Samoan” experience focused on the fautasi tradition – a Samoan word to represent canoes made of hollowed-out trees and a term signifying pride in the community and cultural tourism. Tourists arriving from cruise ships experienced the beautiful beaches and tropical paradise. Their excursion included enjoying local island fare, traditional storytelling, plate making and a trip to different villages by canoes. Click through the images on the left to see a glimpse of the incredible experience.