National Women’s History Month was established in 1987 to recognize that the role of American women in history has been consistently overlooked and undervalued. 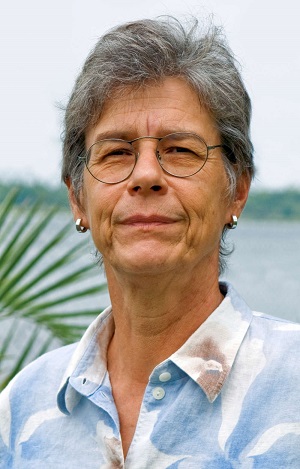 National Women’s History Month was established to recognize and celebrate the contributions of American women and to increase awareness and knowledge of women in US history. This is in recognition that women’s history is history to be remembered. Women have played a critical role in the Coastal Management Community and this Women’s History Month; we celebrate a Coastal Zone Management pioneer – Margaret Davidson.

Margaret began her coastal career as a special counsel and assistant attorney general for the Louisiana Department of Justice.  She then began her trailblazing career playing an integral role in establishing the South Carolina Sea Grant Consortium in 1980 and three years later became the Consortium’s first executive director. She led the Consortium for 13 years. Her career continued with the National Oceanic and Atmospheric Administration (NOAA) where she established and served as the founding director of the Coastal Service Center (CSC), a stakeholder-driven program focusing on the accelerating access to technology, tools, and skills to inform coastal development and coastal resource management decisions at the local, state, and national levels. She then went on to serve as the Acting Director of NOAA’s Office of Ocean and Coastal Resources Management (OCRM) where she guided the merger of OCRM and the CSC to create a single central Office for Coastal Management to address all of the nation’s coastal challenges. She then was appointed the first NOAA Senior Scientific Advisor for Coastal Inundation and Resilience where she worked to ensure that all of NOAA’s coastal inundation efforts are based on sound resource management and planning techniques. Her work included executing a research operation plan to advance coastal inundation science across NOAA and to connect it with social science to understand the human impacts.

For her work in advancing coastal management, Margaret was recognized with numerous professional awards including: America Meteorological Society Fellow, Zurich Fellow for Climate Adaptation, and a Fulbright fellow in Thailand as a scholar for coastal resource management. She received two presidential merit awards from the Coastal Estuarine Research Foundation (2002 & 2010), a Nobel Peace Prize for her participation on the Intergovernmental Panel on Climate Change team with Al Gore in 2007, and a NOAA Administrator award in 2014.

Margaret Davidson passed away in 2017 but her contributions to the coastal management community continues to live on. NOAA continues her legacy through the Margaret A. Davidson Graduate Fellowship to recognize both Margaret’s pioneering work in the coastal management field and her passion for mentoring the next generation of coastal leaders. This two-year fellowship places a graduate student in one of the 29 National Estuarine Reserve Research Systems to train future generations of coastal managers and leaders. The Coastal Society developed the Margaret A. Davidson Coastal Career Development Program  to honor her legacy through career development workshops aimed to benefit early and mid-career professionals. The Coastal and Estuarine Research Federation created the Margaret A. Davidson Award for Stewardship to recognize individuals that have shown commitment and leadership to the management of estuarine and coastal systems.

Margaret Davidson will always be remembered as a go getter, get stuff done strong woman. She was a hard-working visionary in the global coastal community and supreme networker. Often outspoken, she voiced her opinions and made it known that they were hers and not the views of her employer.